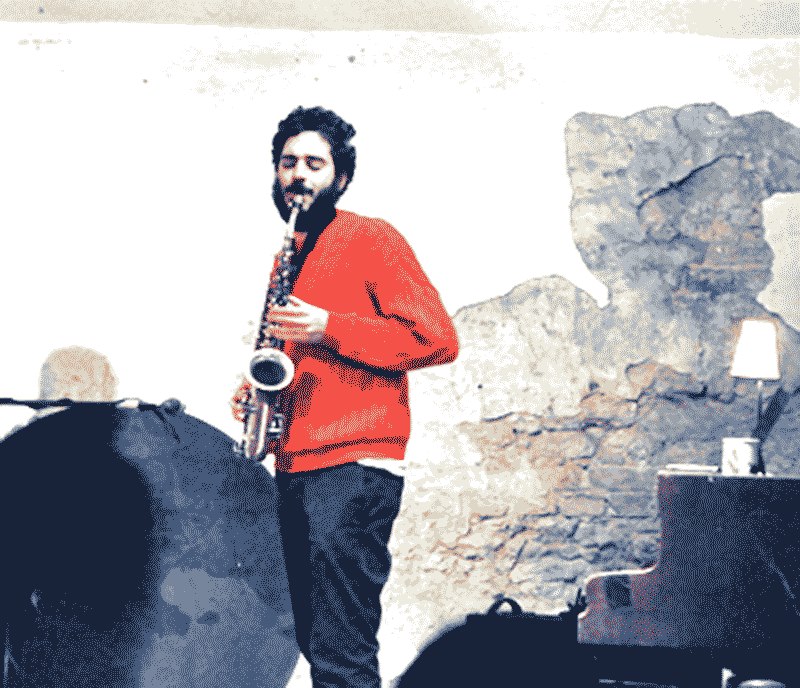 – A tonal palette enriched with ambiguity, using microtones to expand the tonality.
– Dynamic melodic articulation, a static, and a hybrid one, featuring motion/rest at the same time.
– Time understood as a collage of continuously renegotiatedtempos, characterized by simultaneous layers, true or apparent, through multiple sounds and sudden speed changes.
– The music is built from melodic associations, connecting heterogeneous elements, using noise and concrete sounds to form melody.
– The timbre should be ambiguous and relative too. I’ve chosen a raw, sober saxophone sound, endirtied with harmonics by singing in the instrument while playing.
– Silence is for me a timbre. As such it is used without counterchecks to create, destroy and transform melodic materials and meanings; immersing them in time.

This entry was posted in General. Bookmark the permalink.